He became famous as a klezmer musician in the styles of Chassidic, Irish and gypsy music.

He performed for three years with singer Chaim David Saracik, and with guitarist Menachem Herman, and with the wedding band “Lechatchila” among many others.

In 2011 he played the role of R. Elimelech the Gabay in the musical “Songs and Wonders”, written by Dudi Einhorn and directed by Yishai Lapidot.

On Hanukkah 5733 (December 2012) he played the role of a Kabbalistic rabbi named Shemaiah the Avtalioni in the musical “Songs and Wonders at School”.

In 2009 he released the show “You are the Heart of the World”, playing the violin combined with songs and stories.

Ahaviel served as a guest judge in the final of Kol Chai Radio’s “The Next Voice” competition.

For the last few years he has been a regular participant in the lessons of the Yanuka Rabbi Shlomo Yehuda, and after the lesson he plays the violin with the Yanuka who plays the Piano.

The soundtrack of my life 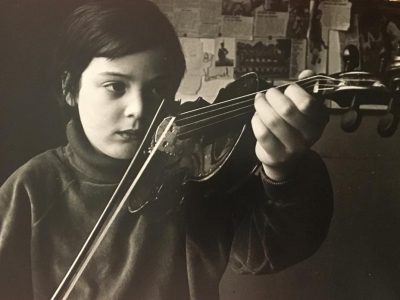 I was born and raised in London

I fell in love with music when my older brother, who was mentally handicapped, was sent for music therapy. I came to those lessons with him and could not help but be fascinated by the healing power of music. Already at the age of 8 I started studying at a music school in London. There I was exposed to different sounds, techniques and musical instruments. I participated in choir, chamber music and youth orchestra. I also studied piano and percussion. But most of all I was captivated by the special sounds of the violin.
My childhood years 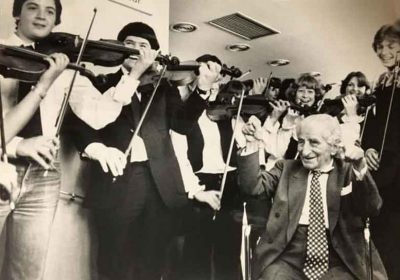 At the age of 12 I moved to another music school where I also focused on piano studies. At the age of 18 I studied for a bachelor’s degree at York University in the UK with a specialization in ethnic music, electronic music and improvisation. After graduation I was already playing with different bands and started engaging in music for a living.
The Early years 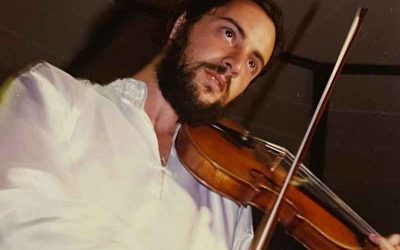 The story of Rabbi Nachman

As a member of a Jewish family that did not keep Torah and mitzvos at all, I had never been particularly interested in my Jewish roots. Following the reading of stories about Rabbi Nachman of Breslev and the Baal Shem Tov, a fascinating, spiritual and intriguing Jewish and Chassidic world was revealed to me. I decided to move to live near the Golders Green neighborhood in London in order to get closer to religious Jews.
I am a Jew! 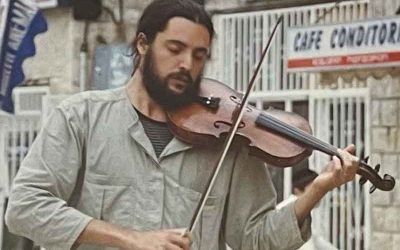 In 1987, I decided to come to Israel for three months, during part of which time I lived in a locality in the north and volunteered in an organic farming community and traveled around the country, especially to Safed, Rosh Pina, Jerusalem and the Negev. When I returned to England I felt an immense spiritual emptiness, and two months later, on the eve of Passover, I returned to settle in Israel.
The Holy Land 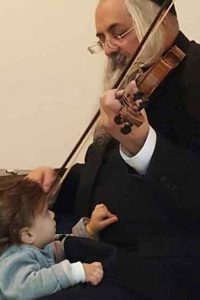 After about a year I married Sigal and we lived in Mitzpe Ramon, where I taught music at a school of Art and a Conservatory. Over the years, Sigal and I became Breslev Hassidim and moved to Kiryat Ye'arim. We are happy parents to both children and grandchildren.
Family 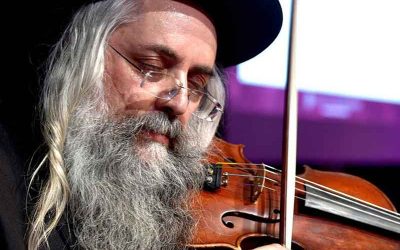 The violin and me

Today the violin and I perform in different ensembles, with different artists, performing at concerts and music festivals around the world. My music accompanies all the landmarks of my life.
Today

“Music is the quill of the Soul.” 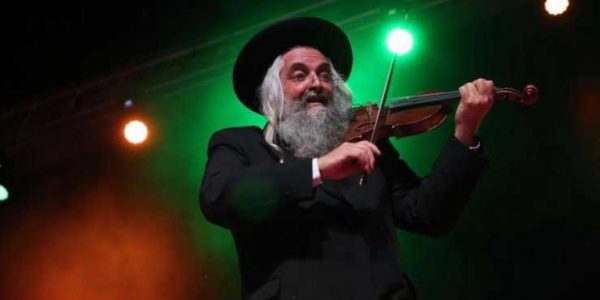 Bring on the music 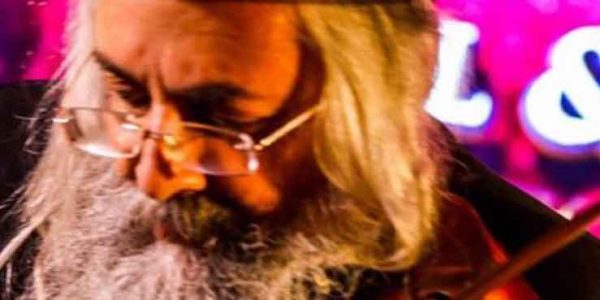 The best of the mall

During Succot there were many more performers than usual, but none attracted as much attention as violin virtuoso Daniel Ahaviel. His face radiated a…
Read the article 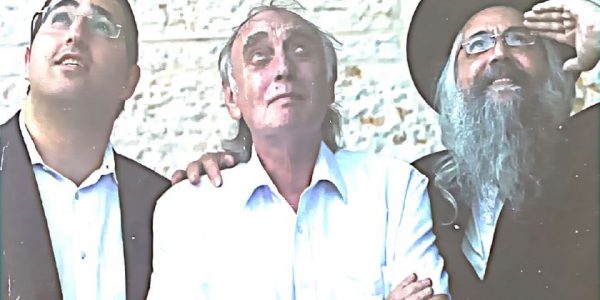 Jewish music in the jewish homeland

Read the article
For all articles >>